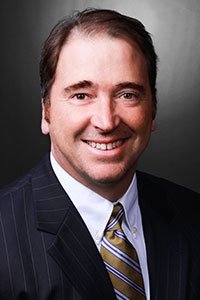 Jeffrey D. Morrison, DO, FACOG, earned his undergraduate degree from the University of Texas in Austin. He then went on to receive his Doctor of Osteopathic Medicine from the University of North Texas Health Science Center in Fort Worth. He completed a combined residency in Obstetrics and Gynecology and Family Practice at Riverside Regional Medical Center. Dr. Morrison is a board certified Obstetrician and Gynecologist through the American Board of Obstetrics and Gynecology (ABOG) and has nearly 20 years of experience in the field of obstetrics and gynecology.

Inspired by his grandfather, a physician, Dr. Morrison knew he wanted to pursue a career in medicine and continues to find it an incredibly rewarding profession. Dr. Morrison strives to make his patients feel comfortable and confident they are receiving the most complete care through the many milestones in life.  As an obstetrician, he is dedicated to improving maternal and infant health by providing invaluable education and resources for expectant mothers through the internationally known CenteringPregnancy® program designed to promote education, reduce preterm birth, and provide social support to expecting mothers.

Dr. Morrison is a fellow of the American College of Obstetricians and Gynecologists and also serves as a preceptor for many local medical schools. As a well-known physician in the area, he has been recognized on numerous occasions as a Coastal Virginia “Top Doc” and Virginia Living Magazine “Top Doctor,” as voted for by his peers in the Hampton Roads community.

Dr. Morrison is bilingual in Spanish, enabling him to communicate with patients from diverse backgrounds effectively. In his spare time, he enjoys golfing, bicycling, traveling, and spending quality time with his family.

Your Baby’s Cord Blood Can Save Lives

Fellow of the American College of Obstetricians and Gynecologists (FACOG)